Contrary to pessimistic forecasts earlier in 2017, after a drop in 2016, the country’s rice exports had a successful year in 2017, with some higher-than-expected figures. 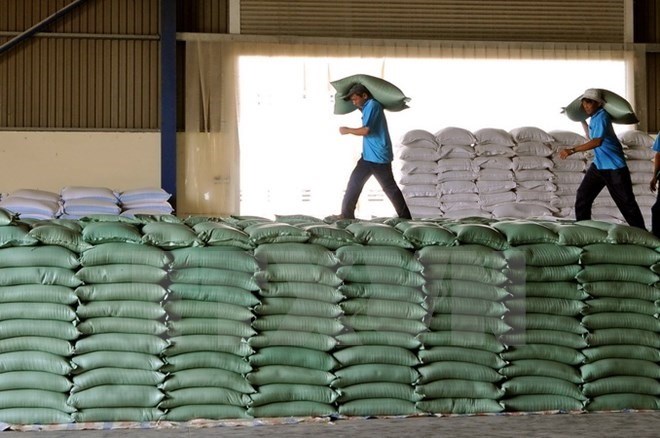 According to the Ministry of Industry and Trade, the level of rice exports in December was estimated at around 400,000 to 450,000 tonnes, bringing the total export volume for the entire year to 5.9 to 6 million tonnes, over 1 million tonnes higher than last year’s figure.

A recent update from the General Department of Customs showed that as of 15th December, the level of rice exports reached 5.66 million tonnes, worth around 2.6 billion USD.

This figure represents a rise of 20.9 percent in volume and 23.8 percent in value over the same period last year. In 2016, the level of rice exports was only 4.9 million tonnes, worth 2.2 billion USD.

After disappointing results in 2016, the sector has set a modest target to export 5 million tonnes of rice in 2017, due to an anticipated decline in demand and changes to the rice import policies of destination markets.

However, the demand for rice in many markets, such as China, Malaysia, the Philippines and the Republic of Korea, increased significantly in 2017, which, together with the efforts to penetrate new markets, such as Bangladesh and Iraq, have helped to improve the country’s level of rice exports, experts have said.

Nguyen Van Don, director of Viet Hung Company Limited, stated that the increase in rice exports was largely due to China, the largest market for Vietnam. Don added that rice exports to China are expected to help boost his company’s value of exports by 20 per cent, compared to 2016.

Rice exports to other markets, such as the Philippines, Malaysia, Iraq, the Republic of Korea and Saudi Arabia, also saw a significant increase.

Dang Thi Lien, director of the Long An Foodstuff Limited Company, forecasted a positive outlook for rice exports, as there are many orders from the Philippines and China.

According to Nguyen Thanh Long, director of the Gao Viet Limited Company, the level of rice exports will continue to improve in the first quarter of 2018, if supply is ensured.

Many forecasts highlight an improved global rice market in 2018.

According to a report by the United States (US) Department of Agriculture, global rice trade is projected to grow by 1 percent in 2018, to reach 42.3 million tonnes. Vietnam’s rice exports could increase by 400,000 tonnes in 2018, due to higher demand from Southeast Asian markets.

Vietnamese rice is now exported to over 130 markets. However, experts are still calling for quality to be improved, to enhance competitiveness.

In October, the Ministry of Industry and Trade announced its rice export strategy for the 2017 to 2020 period, which aims to decrease export volume but increase value.

( π ) Pi is a new digital currency developed by Stanford PhDs, with over 15 million members worldwide. To claim your Pi, follow this link https://minepi.com/yildiztekin Download from your mobile phone and use username (yildiztekin) as your invitation code. Then mine from your mobile or desktop to collect Pi coin everyday.

( π ) Pi is a new digital currency developed by Stanford PhDs, with over 17 million members worldwide. To claim your Pi, follow the below link. Download from your mobile phone and use username (yildiztekin) as your invitation code. Then mine from your mobile or desktop to collect Pi coin everyday.

We dont spam our loyal customers , you can unsubscribe anytime